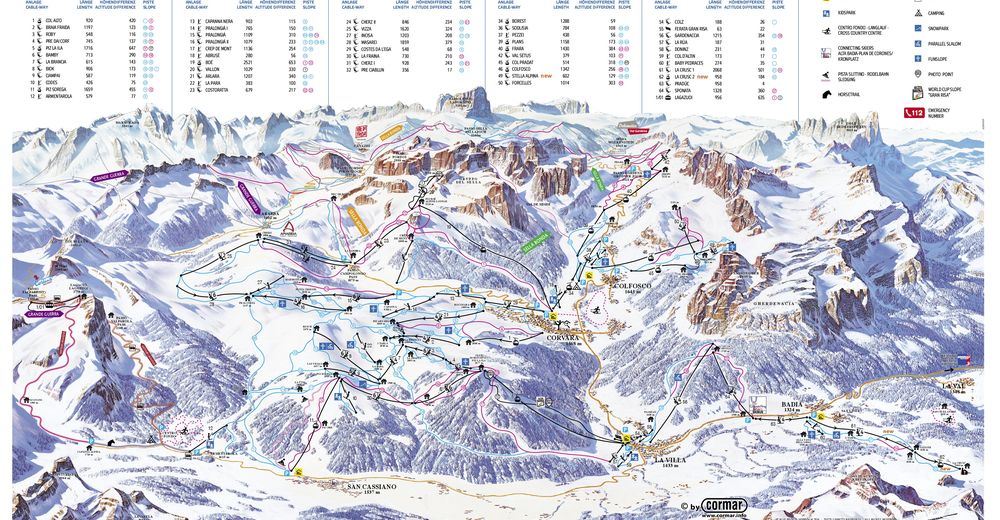 The heart of the Dolomites

Situated in a natural basin at the foot of the Sella massif, surrounded by numerous peaks that all have their own unique shape but still have the characteristic jagged shape of the Dolomites, Alta Badia offers its visitors a multitude of appearances. It is certainly the kingdom of the bold peaks that incite adventure, but it is also an enchanted land where the mountains are tinged with pink at dusk and where there is an aura of mystery and magic. It is the silence of its solitary summits and the joy of its laughing peoples. In Alta Badia you can isolate yourself for hours at a time immersed in this unspoilt beauty following the footprints of history or you can dedicate your day to sport or simply to relaxation.

And let´s not forget the joys of the palate that range from local cookery to high class international cuisine.

During the Winter season Alta Badia means foremost ski and snowboard with: